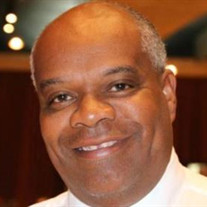 Vince Harper, a longtime employee of a Santa Rosa nonprofit who dedicated his life to uplifting local at-risk youth and improving the lives of the community around him, has died at age 55. The news was shared Tuesday afternoon via the Community... View Obituary & Service Information

Vince Harper, a longtime employee of a Santa Rosa nonprofit who...

Send flowers to the Harper family.